Digital Identity in the Notarial Exercise

Francisca Castro | Notary, Vice President of the Portuguese Notary Association, Member of the Board of the CNUE and ENN Interlocutor

André Vasconcelos | Professor and consultant to the Board of Directors of the Agency for Administrative Modernization, IP (AMA)

Remote Notarial Activities – The example of a Power of Attorney

The Practice of Remote notarial authentification in Lithuania

Digital Identity in the European Union – What does its Future hold?

Watch and participate on Zoom

Organised by the Portuguese Notary Association

with the Council of the Notariats of the European Union (CNUE)

Notary, Vice President of the Portuguese Notary Association, Member of the Board of the CNUE and ENN Interlocutor

Notary, Vice President of the Portuguese Notary Association, Member of the Board of the CNUE and ENN Interlocutor 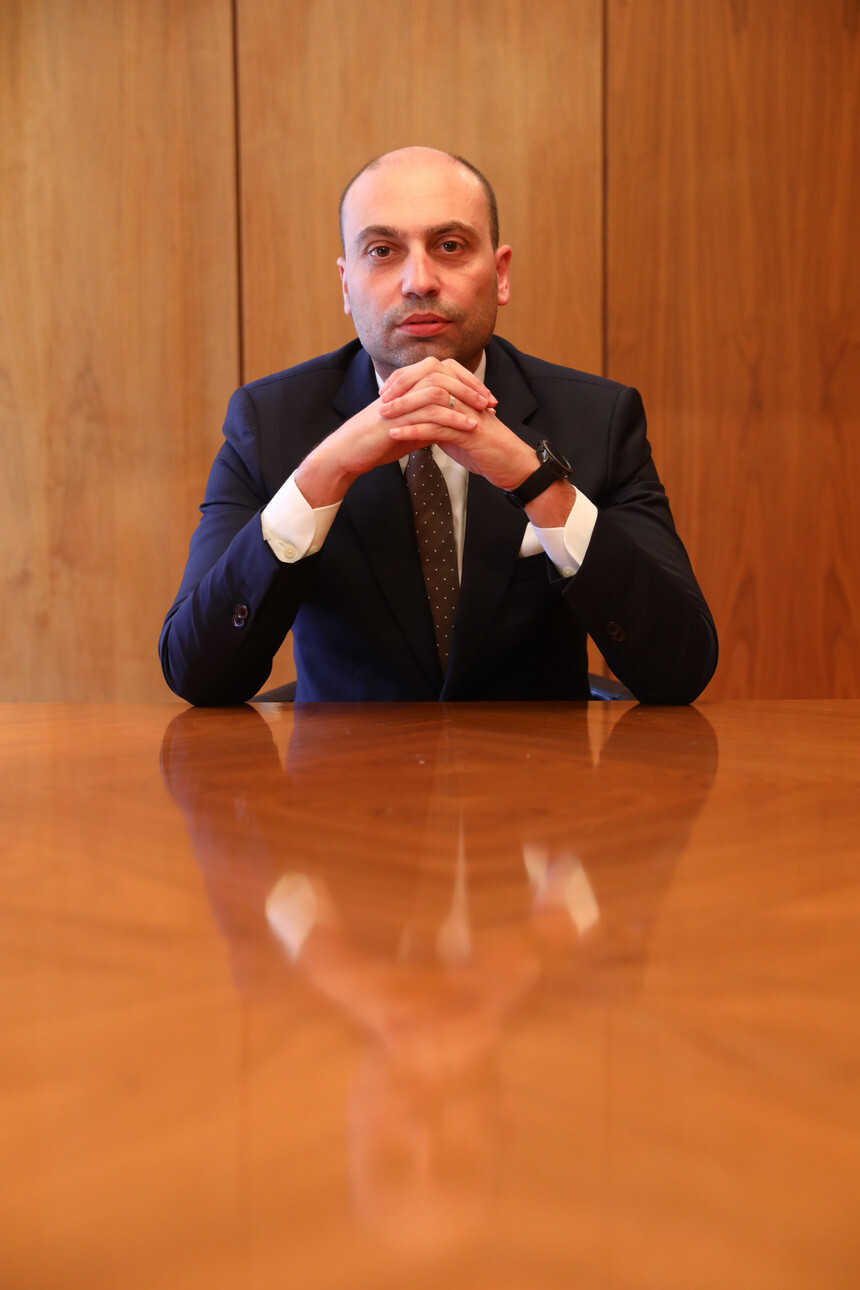 President of the Portuguese Notary Association

President of the Portuguese Notary Association 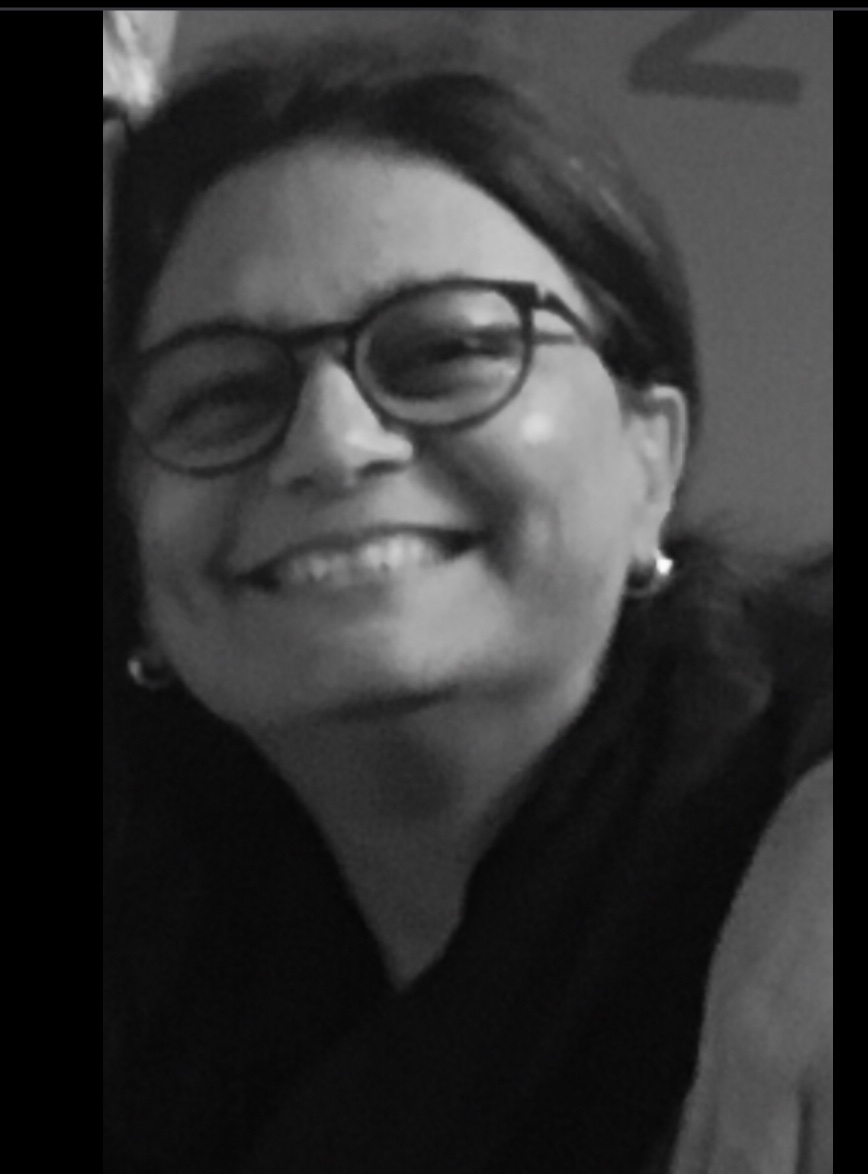 Raul-Mihai RĂDOI, born in 1977 in Timisoara, Romania, has been Secretary General of the Council of the Notariats of the European Union (CNUE) since 1 January 2016. Between 2007 and 2015, he was Adviser on EU affairs and representative in Brussels of the National Union of Civil Law Notaries of Romania, where between 2012-2016 he coordinated the European Notarial Network. Beforehand, he worked as a diplomat and counsellor on EU affairs at the Romanian Ministry of Foreign Affairs. In this capacity, he served a few years at the Romanian Embassy in Lisbon. He holds two University degrees, in Law and in European Studies (Political Science) from the University of Cluj and obtained a Master’s Degree in Political Science (German Studies) in 2003. He also holds a postgraduate diploma from the Diplomatic Academy of Vienna 38th Promotion “Bertha von Suttner”. He is a member of the Board of Trustees of the Academy of European Law, of the European Law Institute Council and of the European Commission’s Expert group on European Judicial Training.

President of the Portuguese Notary and Registries Institute, IRN.IP

President of the Portuguese Notary and Registries Institute, IRN.IP 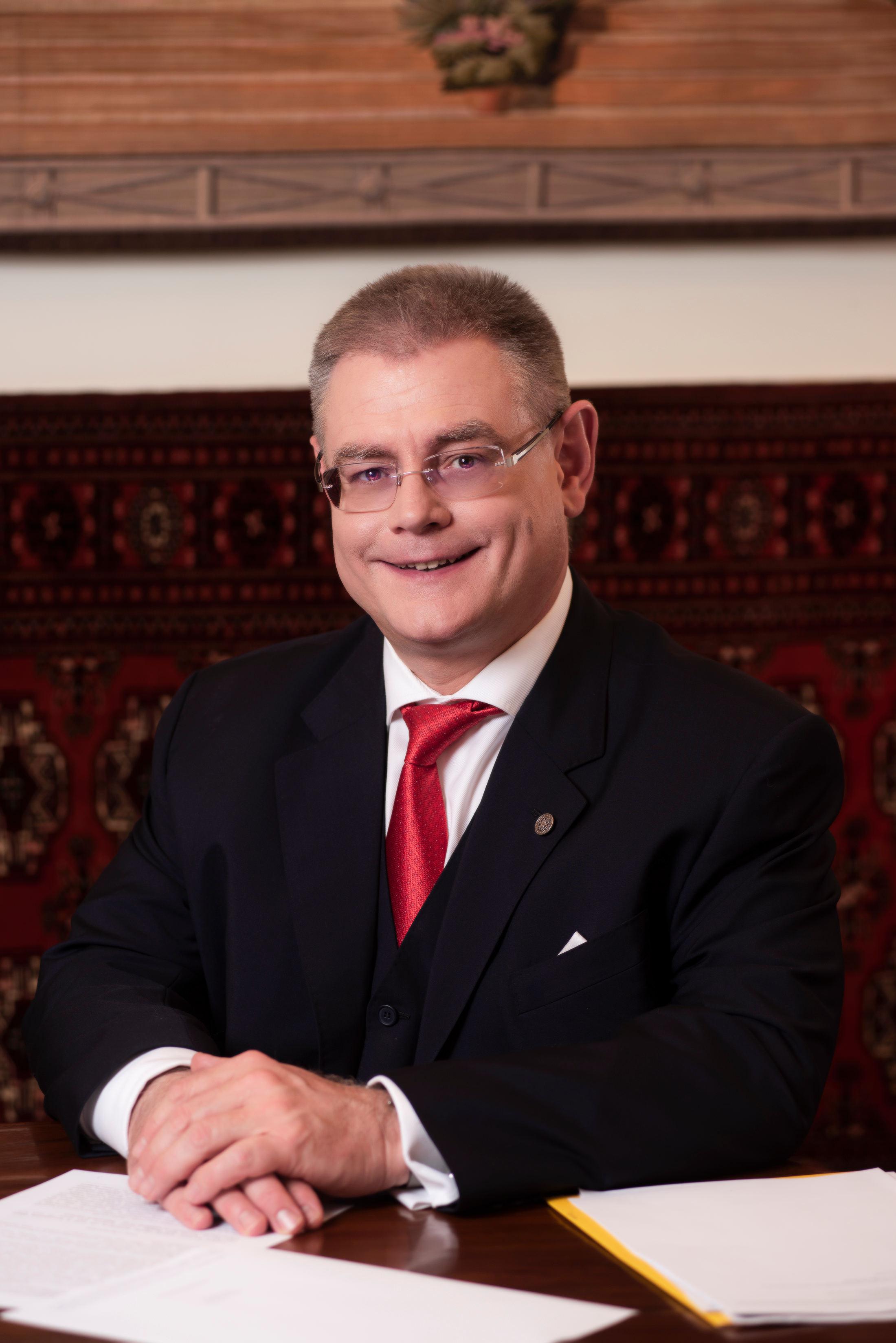 2016 - Member of the CNUE Board of Directors

Since 2007 - President of the Hungarian Chamber of Notaries

Since 1997 - Director and editor of Közjegyzők Közlönye (Bulletin of Notaries)

Katrin Sepp (PhD) is a Notary Candidate and Legal Advisor in Estonian Chamber of Notaries. Main field of experience as a notary candidate is private law – advising clients on contract law, property law, family law, succession law and commercial law matters. Led the working group that developed the remote authentication solution for notaries. She has also worked as the legal adviser for e-Residency project, which was launched by Estonian Government to enable foreigners to use Estonian e-services. 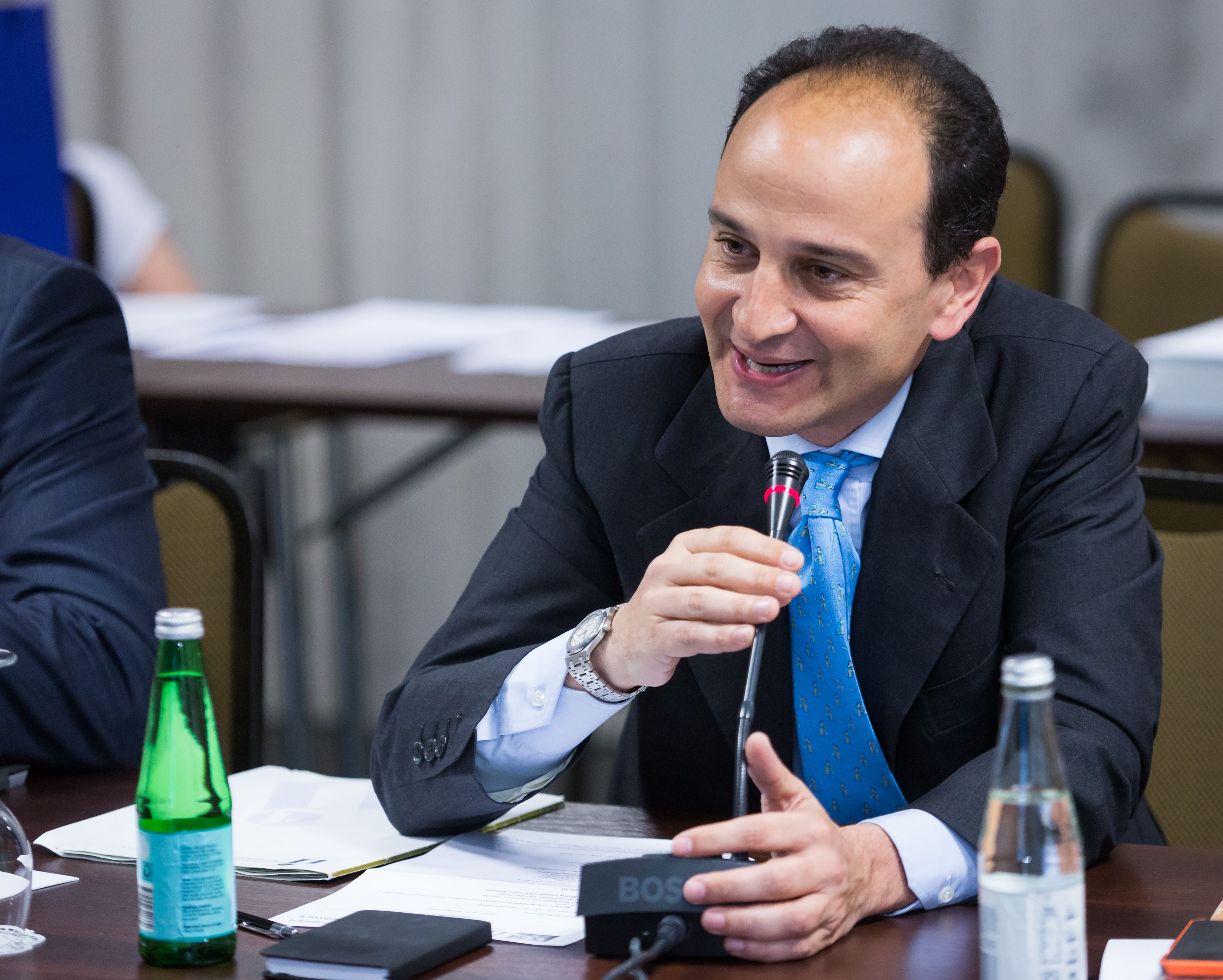 1998 Took part for the first time and won the Public Competition for Admission to the Profession of Notary announced with dm March 28, 1996 , with the overall score of 243 points , having gained 118 points in the written test (equal the eighth best score ) and 125 points in the oral test and resulting sixteenth on the list , thirteenth without securities preference

1999 Entered the Register of the Notarial District Board of Siracusa, office in Augusta.

2001 Entered the Register of the Notarial District Board of Torino and Pinerolo, office in Torino. One of the speakers in the study meeting held on December 20, 2001 at the Court of Appeal of Messina on "Introduction of the euro : technical and legal aspects ( continuity principle and effects on contracts and society", organized by the Office of the district Referrals for decentralized training of Magistrates ( and approved by the Council of the Judiciary

2003 Within the framework stipulated by the "School of Notaries of Strait S. Pugliatti" in Messina and the "School for Legal Professionals" at the University of Messina performed a specialist lesson in the field of "Private International Law” to the members

Lecturer appointed by the National Council of Notaries, with a presentation in the Spanish language, the "Forum of Young Notaries of Europe", on the subject "El acceso a la profesiòn de notario en la UE”, held in Brussels, organized by Council of Notaries of the European Union CNUE. The final report is published on the "Notiziario Comunitario", year II n. 9 of "CNN Notizie - Notiziario informatico del Consiglio Nazionale del Notariato" - n. 130, 8th year July 9 2003 and on "Escribano - La revista de todos los Notarios", Journal of the National Association of Mexican Notaries, n. 30 , November

2004 Took part by the appointment of the National Council of Notaries to the "Real Property Law Project ", as part of the European law Forum in English, promoted by the European Parliament and the European Commission in the framework of the Grotius program 2003-2004, organized by the European University Institute - EUI in Florence and the "Deutsches Notarinstitut - DNotI in Wurzburg, which includes a workshop with the presentation of a report on real estate in Italy in a comparative perspective and the publication of a printed volume and one on the internet - in English

2005 On 16th and 17th May - representing UINL and with other notaries took part in Shanghai at the Seminar for the Tenth Anniversary Celebrations of Sino- Finnish Judicial Cooperation and International Seminar on Public notarization and Company Law and presented a report in English on the theme "Trascrizione telematica degli atti in Italia" published in the Acts of the Seminar in the translation from English into Chinese and in" CNN News – Computer Newsletter of the National Council of Notaries - n . 134 , 10th year - Section Community and international, Newsletter From October 30th to November 1 took part in the " First Annual Conference American College of Business Court Judges " at "The Brookings Institution " of Washington regarding Company Law . For the National Council of Notaries member of two working groups to provide the answers to the "Libro verde famiglia e divorzio" ( coordinator Notary F. Salerno Cardillo ) and "Libro verde diritto ipotecario" ( coordinator Notary C. Licini )

2006 Speaker at the conference on the topic "Families and cohabitations - property relationships , regulations and Prospects" organized in Milan and Rome by the company Paradigma Srl with a speech entitled " The incidence of registered cohabitation in other countries on the movement of goods in Italy " Speaker at the training seminars in Community law for 2006, organized by the National Council of Notaries denominated "Formanote" taking place in Turin and Rome, with two distinct actions on "La disciplina comunitaria dell’impresa” and together with the collegue G.Ramondelli “La circolazione delle società nello spazio giuridico europeo" Speaker at the study meeting on communitary law La circolazione delle società e degli atti notarili nello spazio giuridico europeo organized by the Notary Council in Vicenza with a speech on the subject “Il diritto di stabilimento delle società comunitarie” Speaker at the workshop on “La propriété immobilière” at “1er Colloque des Notariats Euromediterraneens” held in Marsiglia on October 12th 13th organized by French Notariat.

2008 Member of the European Union Affairs Committee CAE of the International Union of Notaries One of the teachers at the “Corso di diritto comunitario Formazione professionale" even in e-learning, organized by the Italian Foundation for Notaries in Rome, on the theme Professions, enterprise and competition and interventions, together with other colleagues, on professions and free competition and Community Directives on recognition of professional qualifications and freedom to provide services, available on www.fondazionenotariato.it

2010 Speaker at the training seminar on communitary law, organized by The National Council of Notaries and called “Formanote” held in Verona, entitled “Il progetto di Regolamento comunitario in materia di successione. Il certificato ereditario europeo” with a report on an International practical case regarding family Pact available online on the e-library of the Italian Foundation for Notaries www.elibrary.fondazionenotariato.it One of the lecturers at the conference organized in Turin by The City Hall, by the University, by the National Association of Magistrate, by Intercultural Centre, by the Local Board of Lawyers and by the Notary Council in Turin and Pinerolo on the subject Il diritto e le culture degli altri. Una possibile convivenza – session Quando la legge sceglie l’erede One of the speaker at the XXVI International Notary Congress in Marrakech for the II conference theme with a report, together with the collegues Aricò and Morandi, entitled “Il documento notarile garanzia degli investimenti, strumento di sicurezza dei pubblici registri e titolo esecutivo, Milano, 2010, p. 109 e following Speaker at the Conference organized in Milan by the Union Association of Lombardia with the title Stranieri, regolarità del soggiorno e attività notarile with a speech on Intervento dello straniero in atto e verifiche del notaioLed as Coordinator of the Section Formazione della Rete Notarile Europea del Cnue the Seminar in English and French on the Titolo Esecutivo europeo whose acts are available in video streaming on the site www.cnue.be One of the members of the jury of the 2010 edition of Crystal Scales of Justice -European prize for innovative practices contributing to the quality of justice , sponsored by the European Commission and the CEPEJ of Council of Europe. One of the lecturers at the 2° Salone della Giustizia (Fiera di Rimini, December 2/5 2010), because of the partecipation of the National Council of Notary, with a speech Il titolo esecutivo europeo

2014 Confirmed for the period 2014-2016 in the General Council of the International Union of Notaries, member of the Working Group Titrement and appointed Secretary of the Consultative Commission thereof UINL

Professor and consultant to the Board of Directors of the Agency for Administrative Modernization, IP (AMA)

Professor and consultant to the Board of Directors of the Agency for Administrative Modernization, IP (AMA)

André Vasconcelos is an advisor of the board of directors of the Agency for Administrative Modernization.

He has a Bachelor's, Master's and PhD in Informatics and Computer Engineering from Instituto Superior Técnico, where he is a Professor, and an MBA from Universidade Católica de Lisboa and Universidade Nova de Lisboa.

André has more than 16 years of experience in specialized advisory services in the field of Information Systems Architectures, in Digital Transformation projects, such as the global strategic plan for rationalization and cost reduction in ICT, in Administration Public, and in administrative modernization projects such as the Digital Mobile Key, id.gov.pt, the Citizen Card, the Public Administration Interoperability Platform, the ePortugal.gov.pt Portal, among others.

Public affairs consultant for Lithuanian Chamber of Notaries (since 2008).